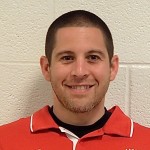 Coach Changuris enters his 13th year with QO. 2021 will mark his 7th season as Offensive Coordinator. In 2016 the offense averaged over 40 points per game. Changuris served as special coordinator/assistant head coach during the 2013 season. In 2012 he served as wide receiver coach/assistant head coach. Changuris was the wide receiver coach from 2008-2013. Changuris graduated from Seneca Valley in 2003, won a 3A state title in 2002 under Maryland Hall of Fame Coach and father Terry Changuris. Changuris played wide receiver for 4 years at Frostburg State University, graduated in 2007 with a degree in health and physical education. Changuris lives in Brunswick, with his wife Janelle and two boys Cole 3 and Parker 1.. 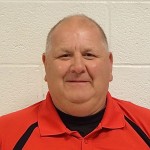 Coach Oswald is entering his 20th year as a high school coach and his 8thnd at Quince Orchard. Oswald is regarded as one of the best offensive line coaches in the state. He started his coaching career at Sherwood High School in 1996 under legendary Maryland high school coach Bob Milloy as a JV assistant coach. He was the Head JV coach from 2000-2004. Oswald then moved to varsity assistant as the offensive line coach from 2005-2010 and served under another legendary Maryland high school coach, Al Thomas. During this 14 year run as an assistant coach, Sherwood appeared in 6 state championship games, winning in 1996 and 2008. In 2011 Oswald served as offensive line coach at Good Counsel High School under Bob Milloy. Good Counsel won the WCAC championship in 2011.Oswald returned to Sherwood as offensive coordinator in 2012 and helped the team to a 9-3 record. Oswald joined Quince Orchard in 2013 as offensive line coach. Oswald has five children Nick, Charles, Tommy, Troy and Kelly and lives in Olney with his wife Anne. 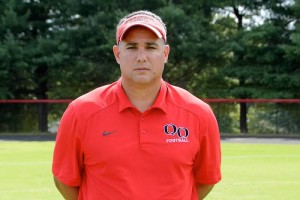 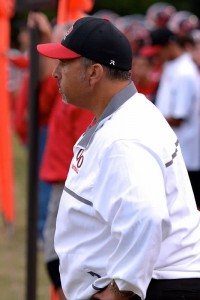 Coach Sarni is entering his 14thth year with Quince Orchard High School. Sarni has worked with the defensive line in all of his 14 seasons with QO. During that time Sarni has produced three Consensus all-state defensive lineman in Terrence Stephens, Jason Ankrah and Adam Mclean. Before joining QO he coached at Wicomico High School on Maryland’s eastern shore. Sarni is a graduate of Walter Johnson HS where he lettered in Football, Wrestling and Track. Coach Sarni attended Montgomery College and Salisbury University where he played defensive line. He was a team captain at Montgomery College. Sarni is was also a competitive power lifter at the national level. Sarni currently owns Strength Design Personal Training. 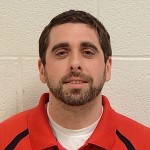 Coach Hanna is in his 8th year with QO. Hanna will coach the wide receivers in 2021. He spent the past 3 years coaching the outside linebackers for the Cougars. He began as the JV defensive coordinator in 2013. Hanna spent the 2012 season at Sherwood High School where he coached WR and DB with the JV team. Hanna was a player at Sherwood from 2000-2001. His 2000 team was a state runner up in the 4A. Hanna lives in Olney with his wife, Dawn, and four children, Savannah, Ronan, Blair, and 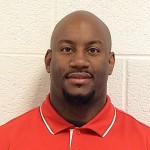 Coach Evans is in his 7th year with QO. Evans brings 16 years of coaching experience in football and basketball to QO. He served in the same role at Our lady Good Counsel High School from 2006-2013. Evans was varsity assistant football coach at Bullis High School form 2003-2005 serving as defensive coordinator in 2005.Evans is a 1997 graduate of Bullis high school where he was a two sport stand-out in both football and basketball. Evans was inducted to Bullis Athletic Hall of Fame in 2005. Evans was named the Montgomery County Defensive Player of the Year by the Gazette and was the Player of the Year by The Journal. Evans was also selected to play in the Capitol Classic All-Star basketball game. Evans went on to play football for the Towson University Tigers where he was elected captain his senior year. As a senior he was 1st Team All-Patriot League as a defensive back. Evans has two children, Kendall and Xavier. 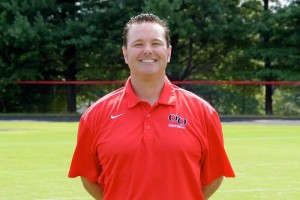 Coach Forbrich is entering his 7th season as the Kicking Game Coordinator. Forbrich graduated from Seneca Valley, where he was a four year Varsity starter as a place kicker. During his career at Seneca, Forbrich was a member of three consecutive State Championship teams 1992, 1993, and 1994. Forbrich finished his high school career as a First Team All-Met, All-State, and All-County selection. Currently Forbrich is 3rd all time in the State of Maryland for career points kicking. Following high school, Forbrich received a football scholarship to Western Michigan University. Starting as a true freshman, Forbrich kicked a 49 yard field goal his first year. Following a leg injury his sophomore year, Forbrich was unable to continue kicking, but graduated in 2001 with a Bachelor degree in Business Administration. Forbrich currently resides in Darnestown with his wife Ashley and their two children.

Scott Fleming Outside Linebackers
Coach Fleming is entering his 4th year with QO, and his 18th year overall. Coach Fleming is coming from Seneca Valley where he served as the defensive coordinator the past 3 years. Coach Fleming is a 1998 graduate of Seneca Valley High School. He was a four year player as a Defensive back and was a member of the 1997 Maryland 4A State Championship team that finished the season with 13-0. After graduating from Seneca he went to Montgomery College for two years before he attended Towson University where he graduated with a degree in Sports Management. Coach Fleming currently resides in Urbana with his wife Christie and their daughter Harper (3), and they are expecting a son in October.